With the emergency funding provided by Bóthar in response to the Covid-19 crisis in Rwanda, the distribution of food and sanitary supplies to close to 1,000 families representing almost 8,000 individuals in the Rwamagana District was carried out.

Pictured: Rwanda country representative, Damascene Ntambara, with Irene Byukusenge, the Director of Good Governance of Rwamagana District, preparing for the distribution of 5 tonnes of maize funded by Bóthar.

The distribution took place during the week of 1-5 June 2020.

Photographing the actual distribution was not possible due to a directive from central government in Rwanda.

This followed other NGOs, who were part of the emergency response to the virus, putting food distribution pictures on their websites, which led the government to ban taking of such pictures.

Thank you to everyone for supporting this appeal and helping us to help others. 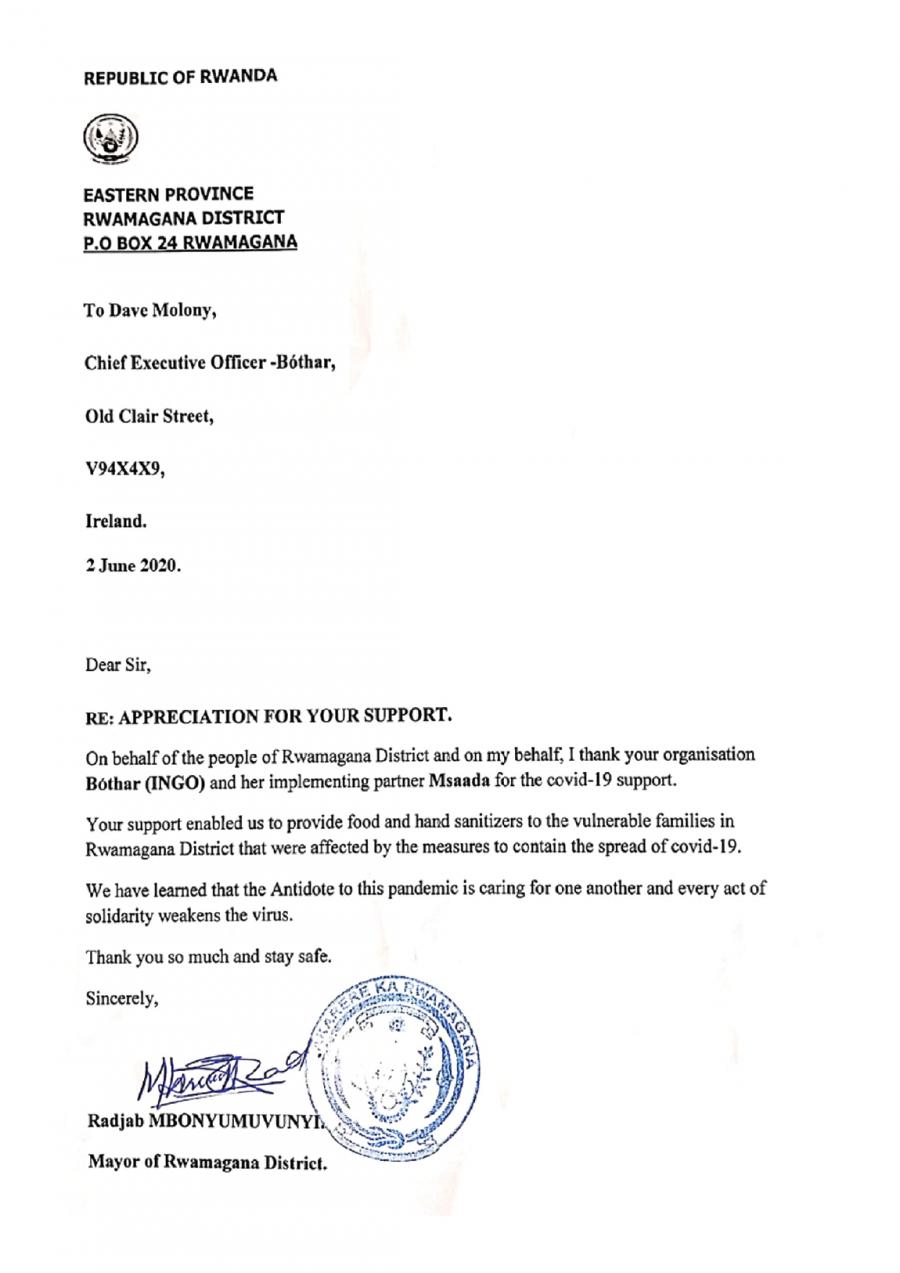 A letter of appreciation from the Mayor of Rwamagana, Radjab Mbonyumuvunyi, thanking Bóthar and its donors for its assistance.